On 26th and 27th of June we held the first conference of the young society Mollusc Research Austria (MoFA) in Salzburg. The first day was devoted to scientific lectures and posters as well as the awarding of Junior Awards. All contributions were exciting and well presented and the day offered broad thematic diversity. The group of almost 50 participants was quite multinational, with representatives from Poland, Germany, Georgia, Slovenia and Austria. In the venue “House of Nature” we were warmly welcomed and their team took good care of us. In the evening, the winners of the Junior Awards, which had been selected by an independent four-person jury, were honoured.

Martina Stockinger from the University of Vienna won the MoFA award for the best talk for her contribution on the mollusc fauna of a seagrass meadow in southern Crete (Presence and prevalence of non-indigenous molluscs in a Posidonia oceanica meadow in southern Crete). The poster award went to Sarah Zauner for the question of how a moon’s clam comes to its symbiont sulfur bacteria (Molecular characterization of gelatinous egg masses in the lucinid Loripes orbiculatus argues for an acquisition of bacterial symbionts from the environment).

On the second day our colleagues from Salzburg took us to the beautiful headwaters around Fürstenbrunn and to the floodplains of Glanbach near Grödig, where we also documented the mollusk species found there. Overall, we had two inspiring, interesting and atmospheric days in the beautiful country of Salzburg. We would like to thank all participants and especially the speakers who gave the conference substance, the chairman of the sessions, the members of the jury and of course all those who helped organize this nice and successful conference, especially of course the colleagues in Salzburg. 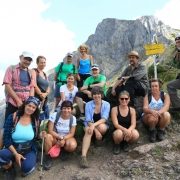 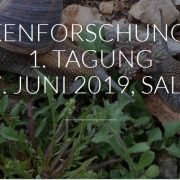 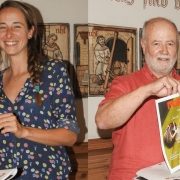 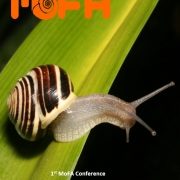 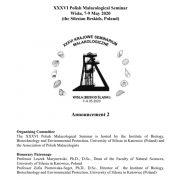 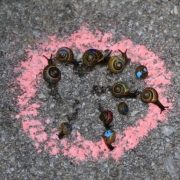 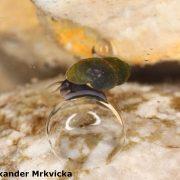 A. Mrkvicka Program of the 2nd MoFA meeting 2021

All images and materials are copyright protected.